The thrill of Ichabod Crane’s terrifying All Hallow’s Eve ride comes home with Funko Games’ newest Disney board game, Return of the Headless Horseman. Play your way through Disney’s adaptation of Washington Irving’s The Legend of Sleepy Hollow in this fun new game, which arrives just in time for the Halloween season. Just like in The Adventures of Ichabod and Mr. Toad, players are working on getting Ichabod through the woods and across the bridge with all of his appendages intact. With storytelling top of mind, players are greeted by Bing Crosby’s introduction to the short in text form on the back of one of the board’s quadrants. 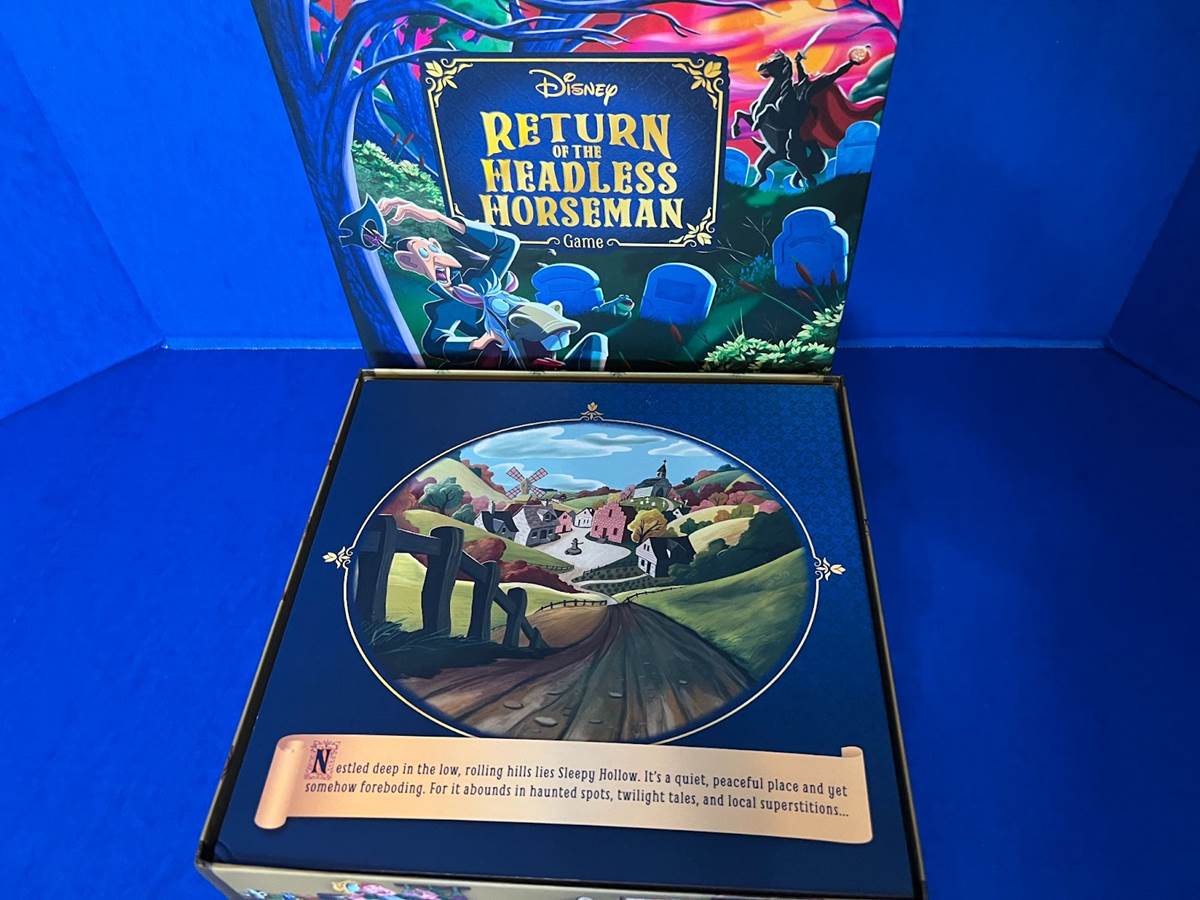 Set up is easy, with the contents consisting of a board, a tree spinner, two pawns, eight tokens, one tile, and a deck of cards. 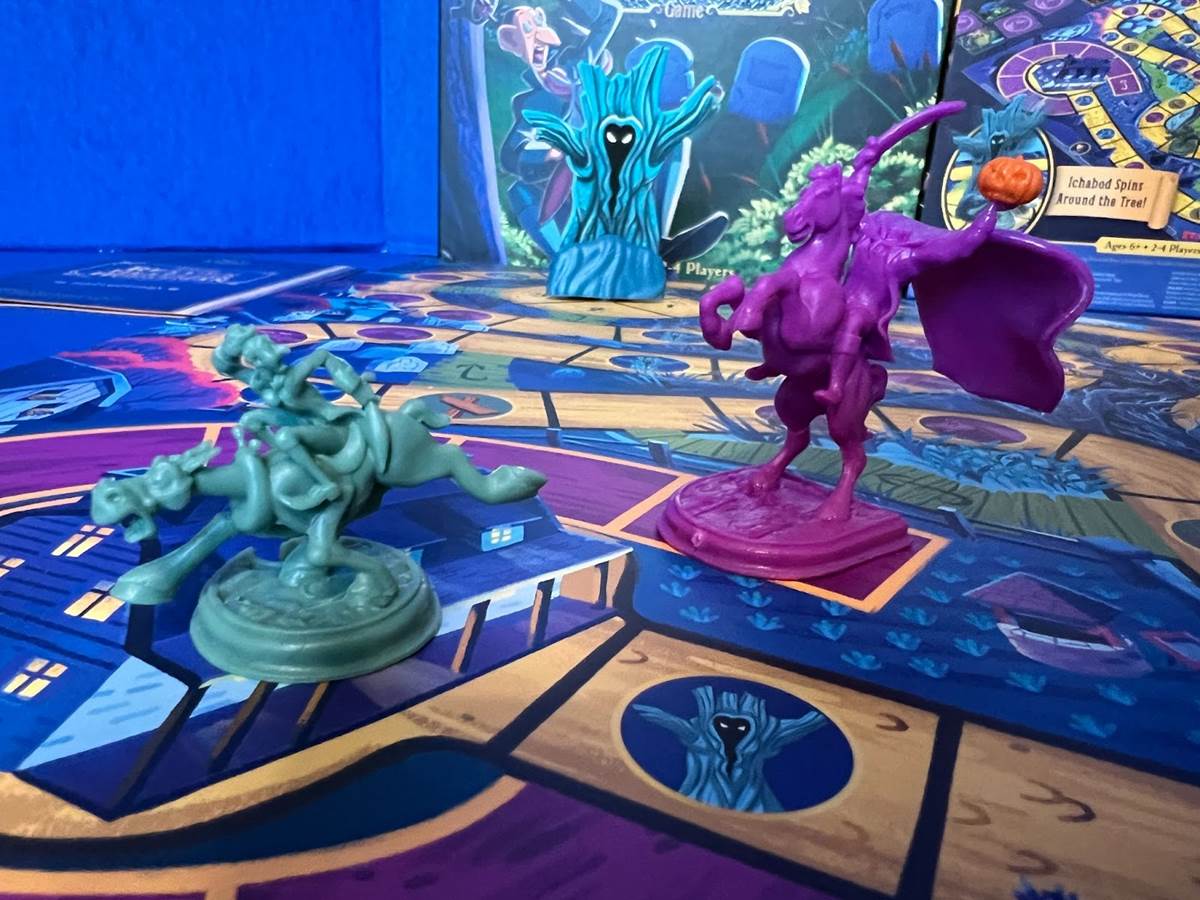 Players draw cards from the deck and play them at the same time. The upper left contains a number of spaces Ichabod could potentially move, while the bottom contains potential moves for the Headless Horseman. It’s in players’ incentive to make a match quickly, because the lowest number matched is the total amount Ichabod can move. However, the headless Horseman gets to move the sum of all of the tombstone numbers. Some of the tombstone numbers contain a question mark. This is what the included tile is used for. In a standard game, a question mark equals the number two. But if you want to make it extra challenging, flip the tile over, and it doubles, giving the Headless Horseman a further advantage. 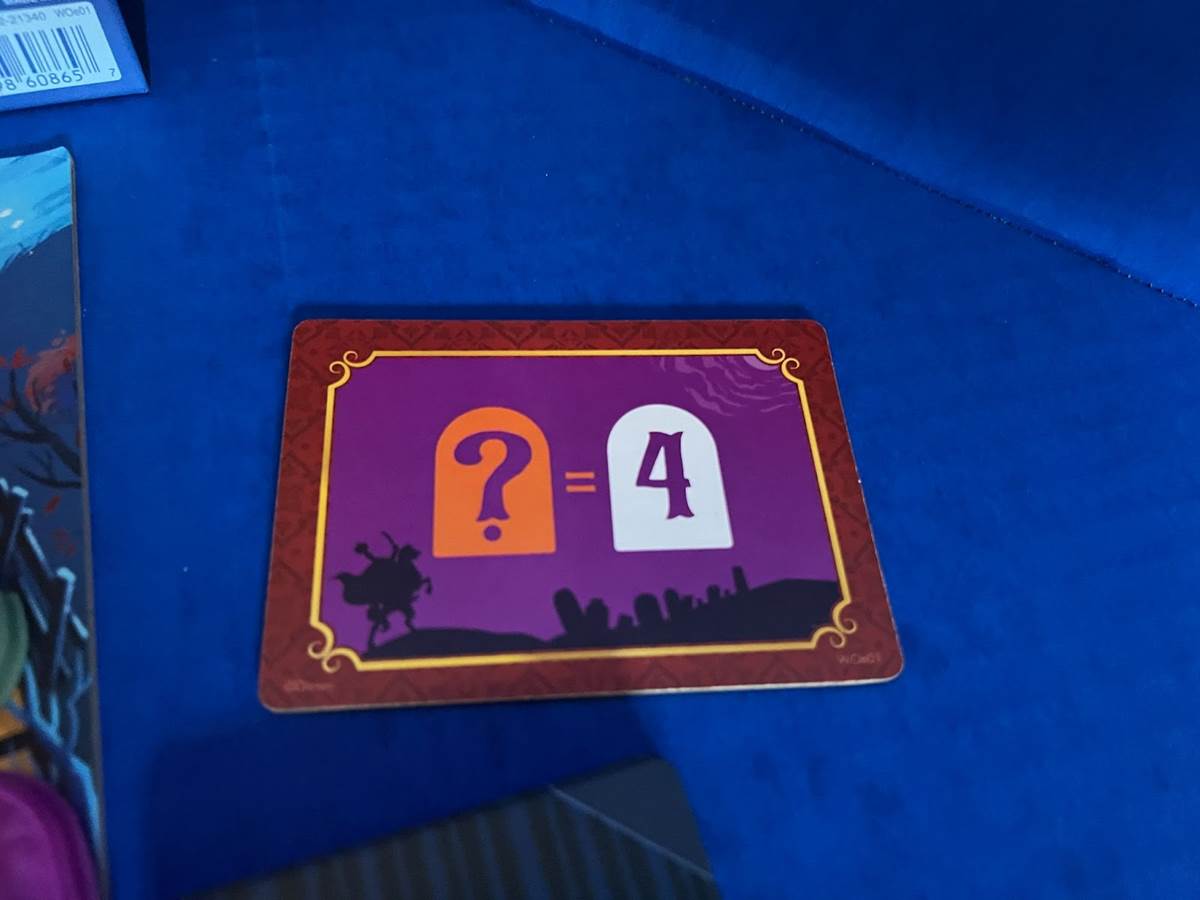 There are a few shortcuts the Ichabod can potentially take by landing on specific spaces (these don’t apply to the Headless Horseman). The spinning tree is used to help players restock their deck of cards, but also gets used to help determine if Ichabod gets to jump further ahead (the pawn connects to a peg on the back of the tree). 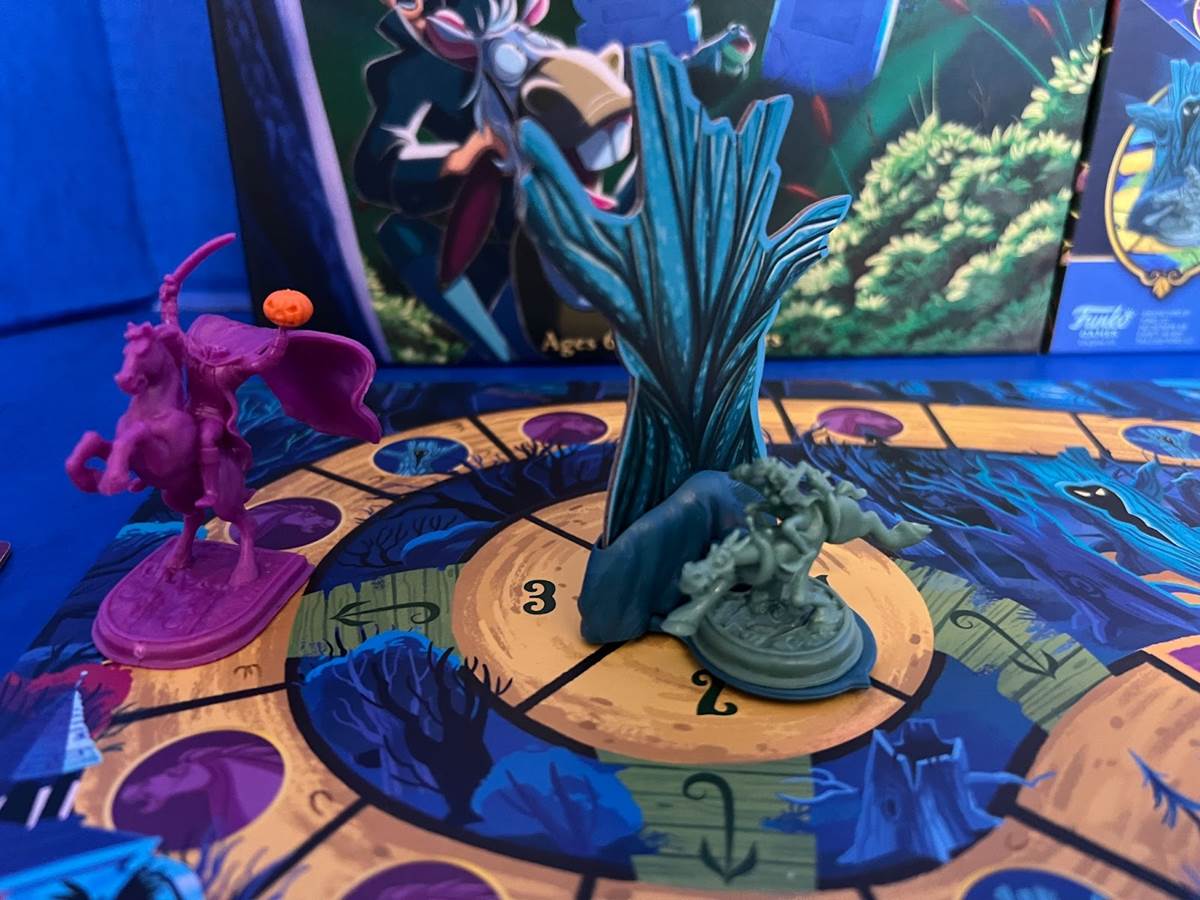 Just because the Headless Horseman gets right behind Ichabod doesn’t mean the game is over. Ichabod only loses his head when all four pumpkin scare tokens are flipped over. There are eight scare tokens in total, four of which are harmless. These tokens lay face down and are chosen at random when Ichabod either lands on a scare space or when he is bumped by the Headless Horseman on the board. If Ichabod reaches the covered bridge and all four pumpkin scare tokens aren’t face up, then he still has his head. Before declaring victory, players move the Headless Horseman to see if he also reaches the bridge. If so, he scares Ichabod one last time. This could either end in glory, with Ichabod surviving that fateful ride, or in tragedy, with the new Sleepy Hollow schoolmaster losing his head. 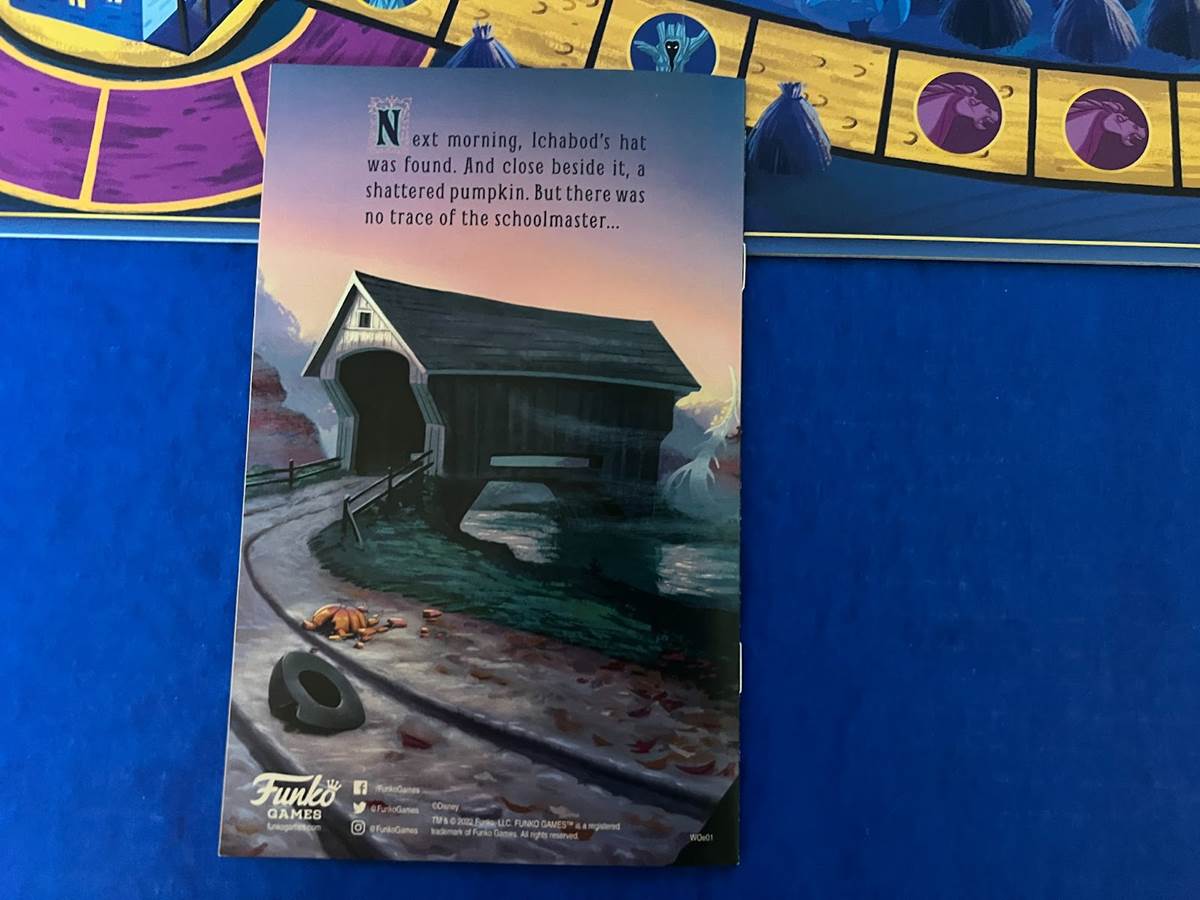 Return of the Headless Horseman is a fun way to relive Ichabod Crane’s adventure. The game moves quickly, with a typical round lasting just 15-minutes, but if you lose you’ll want to keep going again until you get a victory. This game requires 2-4 players (larger groups could team up) and is recommended for ages six and up. With well-themed artwork on the board and cards, plus detailed figures, you’ll find yourself hearing all of the songs from The Adventures of Ichabod and Mr. Toad in your head while you play.

Halloween 2022 coverage is presented by shopDisney