Funko plans a large range of games for release this fall, including a $120 Jurassic World game targeted at hobby, a major new collectible game system for kids, and new Five Nights at Freddy’s, Squid Game, and Disney games. 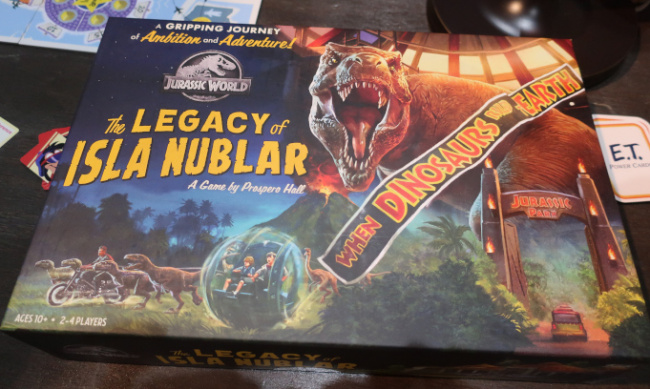 After Kickstarter fulfillment of Jurassic World: The Legacy of Isla Nublar (see “Deets for ‘Jurassic World’”), which began last week, Funko will release the game to trade this Fall, when it will likely only be available at hobby game stores.  MSRP will be $120. 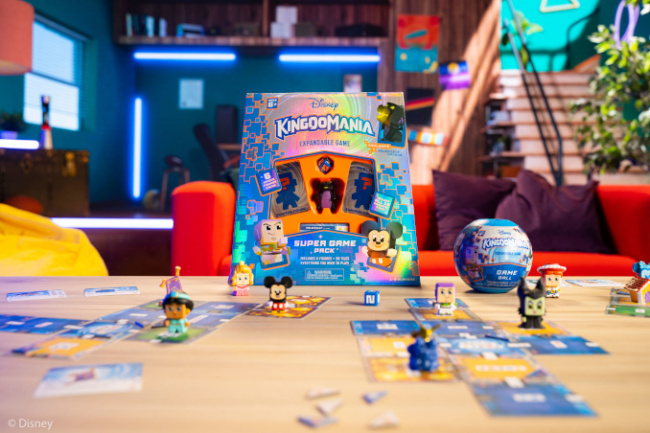 Disney Kingdomania Expandable Game, a major new game group for ages 6+ with significant collectible features, will be launched in October with two initial SKUs.  There are a total of 40 figures from eight Disney and Pixar properties to collect, including exclusive items, variants, and chase figures, which will require multiple purchases to achieve.  The game takes place inside an 8-bit video game experiencing glitches that cause chaos and mix up the levels of the game; players try to patch the problems before they crash the game.  Rare “glitched” character figures, with translucent orange accents, can only be found in Game Balls, while powerful items are only available in Super Game Packs.

Disney Kindomania: Series 1 – Super Game Pack includes four characters, two items, and 20 unique level tiles, along with everything else needed for one or two players to play the game (30-minute gameplay).  The Super Game Pack can be combined with Game Balls for more players.  Each case of 4 includes one CHASE Maleficent Dragon. MSRP will be $22.99. 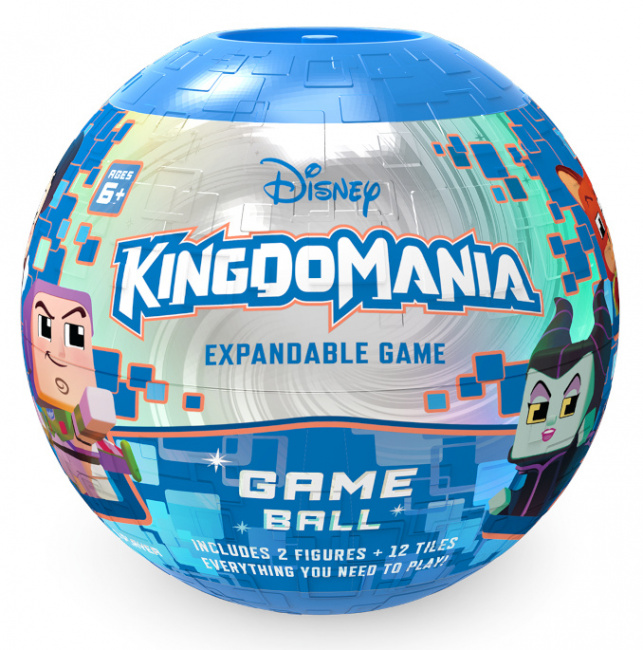 Disney Kingdomania: Series 1 – Game Ball includes two characters with unique game tiles and special powers.  For solo play or for combination with other Game Balls or Super Game Packs for more players.  Single play takes about 15 minutes.  MSRP will be $9.99. 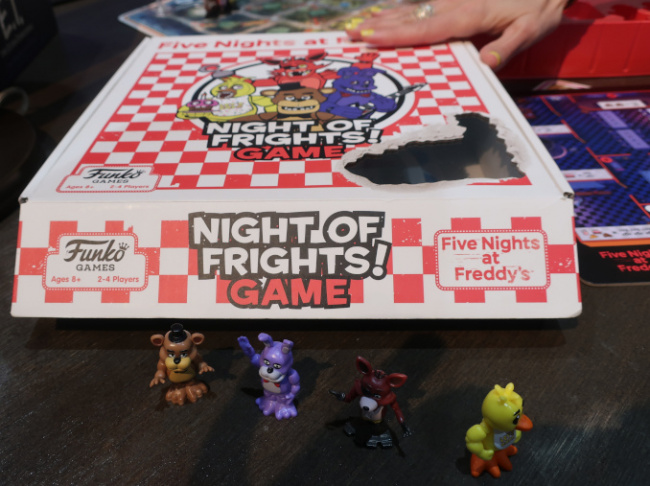 Funko will release Five Nights at Freddy’s: Night of Frights, packaged in a faux pizza box to evoke the setting, this Fall.  The pizza box packaging is constructed to appear torn on the top, allowing potential purchasers to see the figures.  Instead of playing as the security guard as players did in Funko’s Five Nights at Freddy’s Survive ‘Til 6 AM Game, in this new game players become the animatronics, who try to frighten the security guards and capture them.  The animatronic that captures the most guards after five nights wins the game.  A new video game in the core series, Five Nights at Freddy’s: Security Breach, was released late last year. The game is for 2-4 players ages 8+ and will retail for $24.99 MSRP. 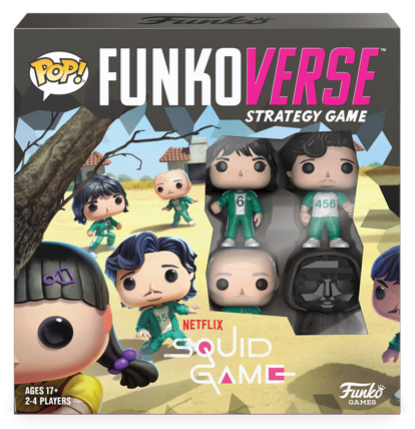 Funko will release a Funkoverse game and expansion tied to the hit Netflix show Squid Game this Fall.  Funkoverse: Squid Game 100 combines favorite characters who can go head-to-head in four game scenarios, including two scenarios unique to the game: Redlight, Green Light and The Squid Game.  The game takes place in locations from the show, including the Barracks and the Courtyard.  Reflecting the content, the game is for players 2-4 players 17+, and will retail for $39.99 MSRP. 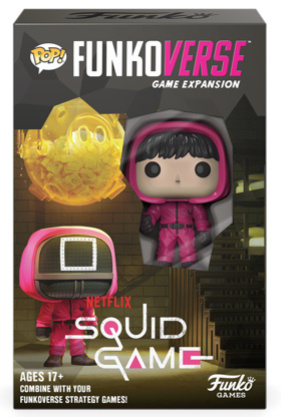 Funkoverse: Squid Game 101 (1-pack Expansion) offers a single figure that can play two characters: the Masked manager, or as the undercover detective Jun-ho.  Two character cards are included.  The expansion can be combined with any Funkoverse Strategy Game.  For ages 17+, the expansion will retail for $14.99 MSRP.

We also got some shots of Hocus Pocus (see “Hocus Pocus Tricks & Wits“), in the Gallery below.