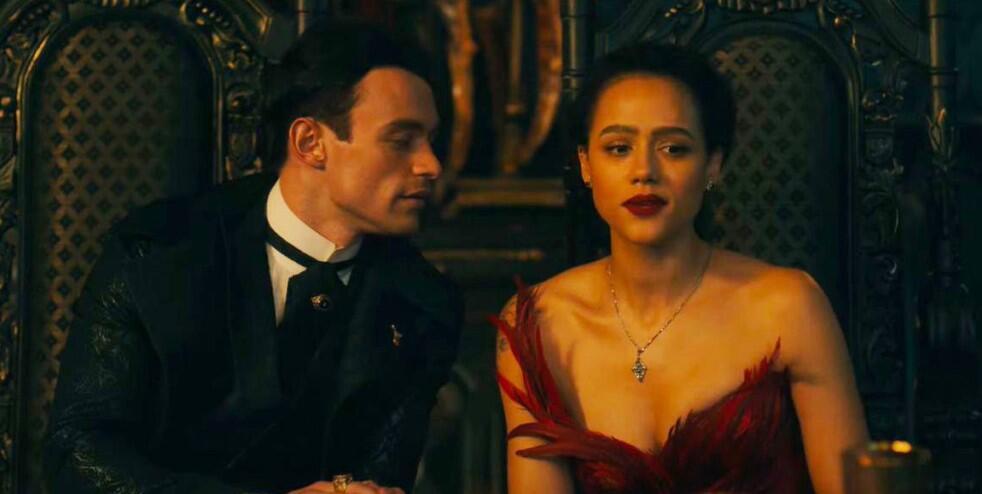 Its estimated total for the Friday-through-Sunday period was the lowest first-place finish in 15 months and came on what Variety called a “catastrophically slow weekend,” as Hollywood’s healthy June and July numbers have dropped off in August.

Fortunately for Sony, “The Invitation” cost a mere $10 million to produce. “Reviews are poor,” analyst David A. Gross of Franchise Entertainment Research said, “but that isn’t necessarily a deterrent” in the horror genre.

Nathalie Emmanuel and Thomas Doherty star in the Dracula-inspired tale.

In second, up one spot from last weekend, was Sony’s action-thriller “Bullet Train,” at $5.6 million. Brad Pitt stars in the story of a perilous journey on a train overloaded with assassins.

Third place went to action-adventure “Beast,” from Universal Pictures, at $4.9 million. Idris Elba stars as a recently widowed man who takes his daughters on safari only to be hunted by a huge rogue lion.

“Top Gun: Maverick” continued to defy gravity, drawing in $4.8 million in its 14th week out for a fourth-place finish.

But last weekend’s top film, “Dragon Ball Super: Super Hero” from Crunchyroll, seems to have flown into a wall. Its ticket sales dropped 78 percent from its opening weekend, to a fifth-place showing of just $4.6 million.