Ranbir Kapoor and Alia Bhatt starrer Brahmastra has managed to do very well at the box office. Though the film looked exciting and boasted of a super-hit track, ‘Kesariya’, it faced numerous challenges. It came at a time when several big films had bombed and the morale was at an all-time low. A section of netizens also indulged in negativity and moreover, the response to the movie was mixed. Yet, it overcame all the challenges. The manner in which the film picked up in the second weekend made it clear that the audience on the whole has given the film thumbs up. 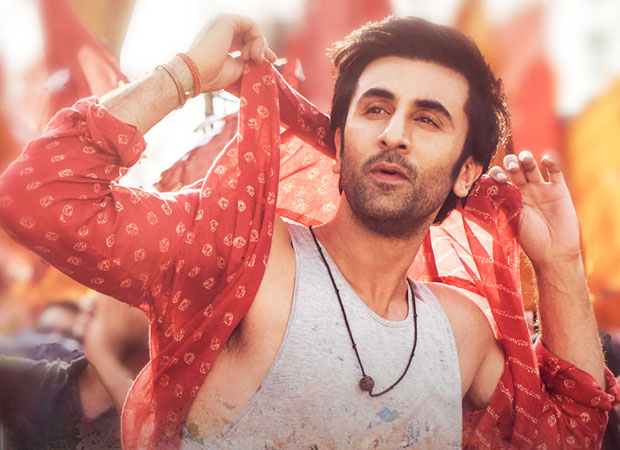 We asked trade experts about the film’s possible lifetime and whether it’ll cross the collections of The Kashmir Files (Rs. 252.90 crores) or RRR (Rs. 274.31 crores).

To which, Raj Bansal, the owner of Entertainment Paradise in Jaipur, replied, “As per its performance and keeping in mind the drop in the weekdays in the second week, it seems like Brahmastra will have a lifetime of Rs. 225-230 crores. Its biggest hindrance is the National Cinema Day celebrations on Friday, September 23. The collections on Thursday, September 22, will be poor as people would prefer to wait for a day and watch the film the next day at lower prices. And so many people will end up watching it on Friday that Saturday and Sunday collections won’t be up to the mark. People would prefer spending Rs. 75 on Friday than Rs. 400 or Rs. 500 on Saturday and Sunday.”

The National Cinema Day was supposed to be celebrated on September 16, on Brahmastra’s 8th day, but then the decision was taken to postpone it by a week at the insistence of the film’s producers Disney. Raj Bansal opined that “It was a very good decision to shift National Cinema Day by a week.”

The other trade experts refused to give a number but raised some interesting points. Trade veteran Taran Adarsh said, “Why are we comparing Brahmastra with The Kashmir Files and not RRR or KGF – Chapter 2? Look at the investment of The Kashmir Files and look at the costs of Brahmastra. Hence, the comparisons are not correct. I’d rather compare Brahmastra with Ranbir Kapoor’s earlier film Sanju (2018) if at all it has to be compared. I prefer comparing it with the previous films of the actors, apples should be compared with apples. Hence, The Kashmir Files can be compared with Jai Santoshi Maa (due to the historic ROI of both movies).”

He continued, “I can’t comment on what business it’ll do eventually. However, it is behaving like a Marvel film as it’s very strong on the weekends but on the weekdays, it goes down. The acceptance of the 3D and IMAX versions is quite significant. But as you go into the interiors, it’s not up to the mark. Nevertheless, the film has infused life into the industry. People can dream again, and this is a very positive sign.”

Girish Johar, producer and film business analyst, stated, “It’ll be difficult for me to peg it at a particular number but the sentiment is very good. The numbers are Rs. 200 crores plus for all languages in the home market which is a feat post-pandemic.”

Trade analyst Atul Mohan, in agreement, said, “The film has done well. Most importantly, the industry has come out of the negativity. Brahmastra ne boycott waalon ki hawa nikaal di. It served as one tight slap to them.”

Everyone felt that the performance of the first part makes it clear that Brahmastra Part 2: Dev will be keenly awaited. Taran Adarsh remarked, “Yes, curiosity will be there to watch the second part. I presume it’ll be bigger and with more emphasis on the content and storytelling. The scale of Baahubali 2 automatically went up, keeping in mind how the first part was received. The same happened for KGF – Chapter 2. Similarly, the expectations for Pushpa 2 will be humongous. Just imagine the kind of opening it’ll take! This shows that the anticipation of the second part is always significant.”

Girish Johar said, “The buzz is definitely there. In fact, there’s a demand for a spin-off film for Shah Rukh Khan’s character. A petition is already on, signed by thousands of fans, including me! So the excitement for the sequel will be more, assuming the makers are able to have a good cast along with the present team.”

He also added, “The film got extreme reviews and then there was also the boycott trend, which we knew that do no matter. The pickup in collections in the second weekend proves that the film is not rejected. We experienced many big films falter on day 1 and crashing out on day 3. So, a big film like Brahmastra holding strong on days 8, 9 and 10 clearly shows that there’s a level of likeliness for the film among the audience.”

Raj Bansal said, “If part 2 is made, it’ll create a lot of excitement.” He continued, “Part 1 mein gadbad hui as it took ages. Then it further got delayed due to the pandemic. So, the excitement surrounding went down to some extent. If they release the sequel in two years and correct the mistakes of part 1, then it can do very well.”

Atul Mohan exulted, “The kind of business part 1 has done, there will be curiosity to see part 2. Two things are important. They should not delay the release of the sequel. By Diwali 2024, Brahmastra’s Part 2 should be out in cinemas. Secondly, the first part had issues at the script level. Part 2 should compensate for it. If that happens, then the business of part 3 will be the combined business of part 1 and part 2. I hope they work hard on the story. The first part 1 succeeded as there was curiosity and other factors. But I’d still maintain that if the narrative was strong, Brahmastra would have easily done more than Rs. 350 crores domestically.”

Also Read: Ranbir Kapoor admits there was negativity towards movies ahead of Brahmastra – “Everybody was waiting for good energy to be back”