It doesn’t have a name yet. But this bar with no name is not The Bar With No Name, it’s a new hangout for Marvel Comics superheroes and potentially supervillains. It’s run by Jarvis and owned by Janet Van Dyne. And, in today’s Wasp #1, out in time for the new movie, it currently has no name. 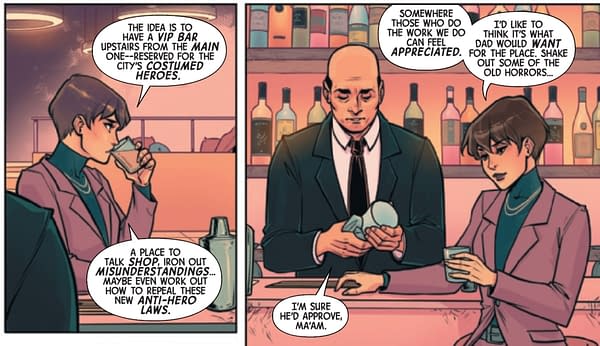 And Jarvis does a mean line of non-alcoholic drinks at the bar in case Tony Stark pops by. 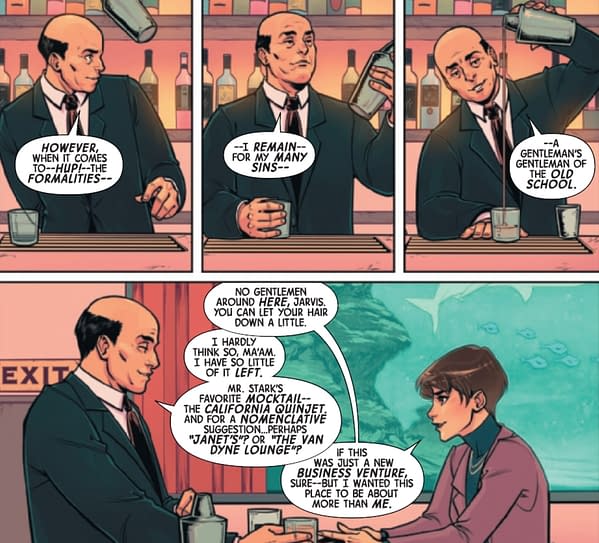 Talking of which, over in Invincible Iron Man #2 also out today… 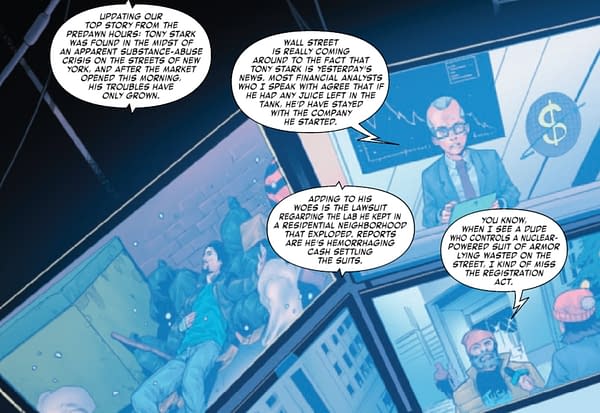 Looks like New York’s new anti-hero laws aren’t a patch on the old superhero registration act for some people. But as Tony Stark rolls around in the gutter, the name for Janet Van Dyne’s new superhero bar is still up in the air. Expect a resolution by the end of the series, iof not the issue… 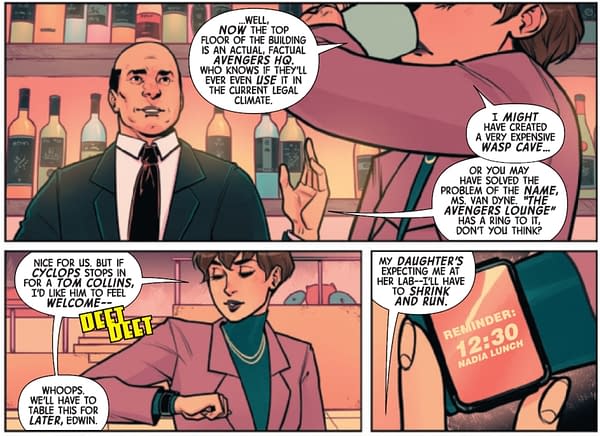 As Tony Stark works out that he may not have actually been drunk, but poisoned at an AA meeting. Maybe they should have gone for Californian Quintets all round, 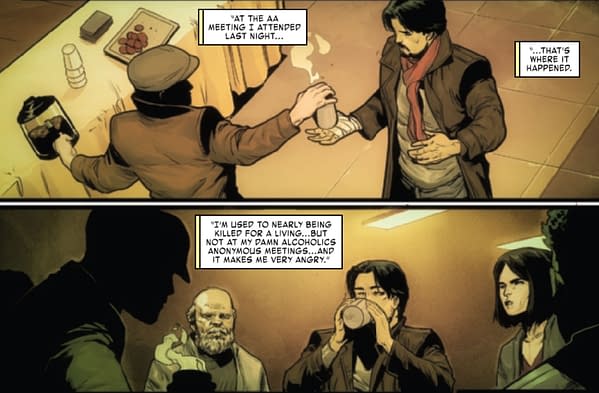 But, as the Wasp reflects current Marvel Comics New York legal continuity for its heroes… 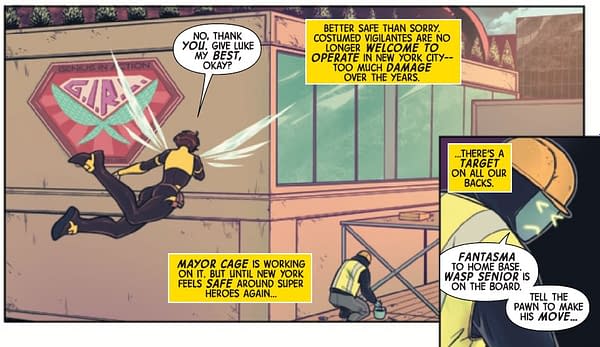 As well as from the previous Wasp series, with the establishment of G.I.R.L. in the Marvel universe… 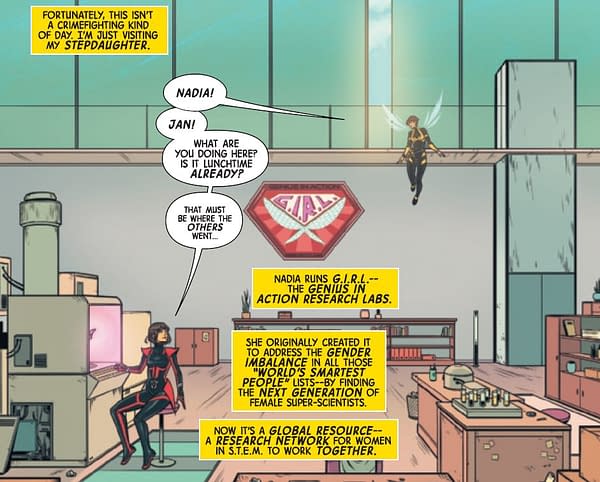 Might this bar, whatever its name, continue to be reflected in the Marvel Universe as well? All eye will be on this comic as Quantumania hits after all, as that place may be the source of the Big Bad that killed Janet Van Dyne’s dad as well…

So what do you think the new bar should be called anyway?

WASP #1 (OF 4)
MARVEL COMICS
NOV220775
(W) Al Ewing (A) Nie, Kasia (CA) Tom Reilly
Fashion designer, businesswoman, founding Avenger – Janet Van Dyne has worn many hats over the course of her super heroic career. But when an old enemy threatens Janet and her fellow Wasp, Nadia, seemingly against his will, the Van Dynes will have to confront the ghosts in their shared history to get to the bottom of the mystery. Join fan-favorite creators Al Ewing (IMMORTAL HULK, X-MEN RED) and Kasia Nie (MOCKINGBIRD; AGE OF CONAN: BELIT) as they celebrate sixty years of the Wasp!In Shops: Jan 18, 2023 SRP: $3.99

INVINCIBLE IRON MAN #2
MARVEL COMICS
NOV220781
(W) Gerry Duggan (A) Juan Frigeri (CA) Kael Ngu
IRON MAN VS. IRONHEART! The assassination attempts on Tony’s life continue as a familiar foe returns to take him down. It’ll be up to Iron Man and Ironheart to stop him?but what secret is Riri Williams harboring from Tony? And will this change their relationship forever?In Shops: Jan 18, 2023 SRP: $3.99