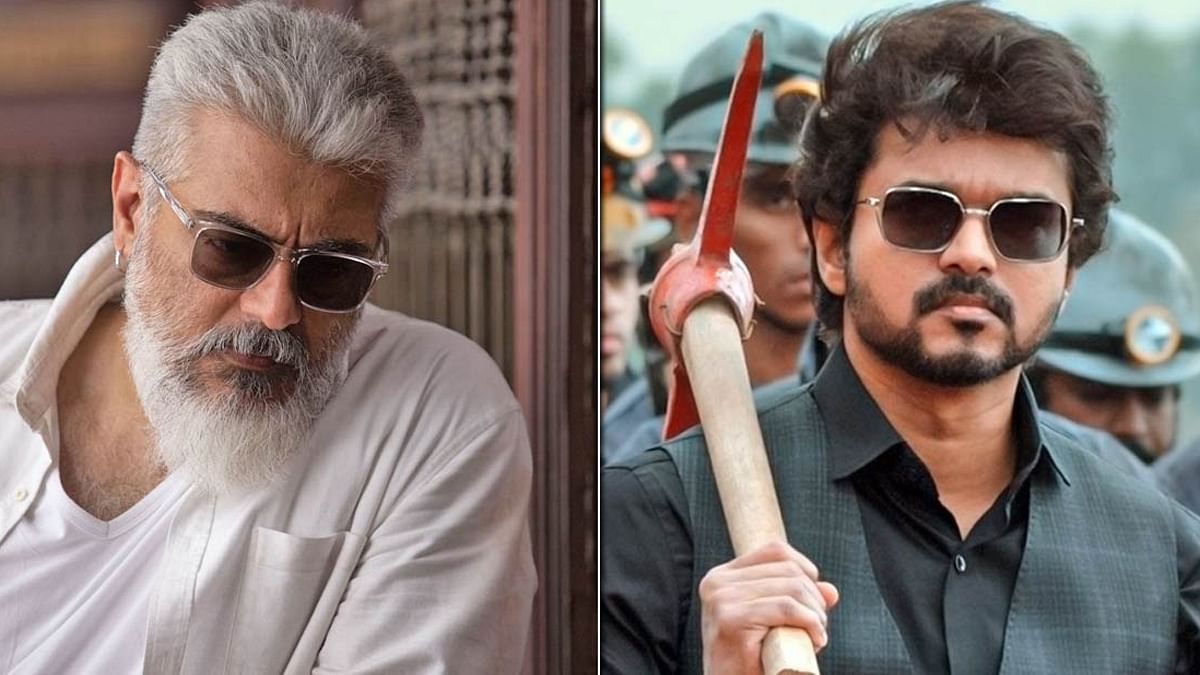 Ajith and Vijay locked horns at the box office with ‘Thunivu’ and ‘Varisu’ on January 11th after nine years since ‘Veeram’ and ‘Jilla’ released in 2014. While both the films received mixed reviews from critics fans of the respective superstars and the general audiences have given their two thumbs up. 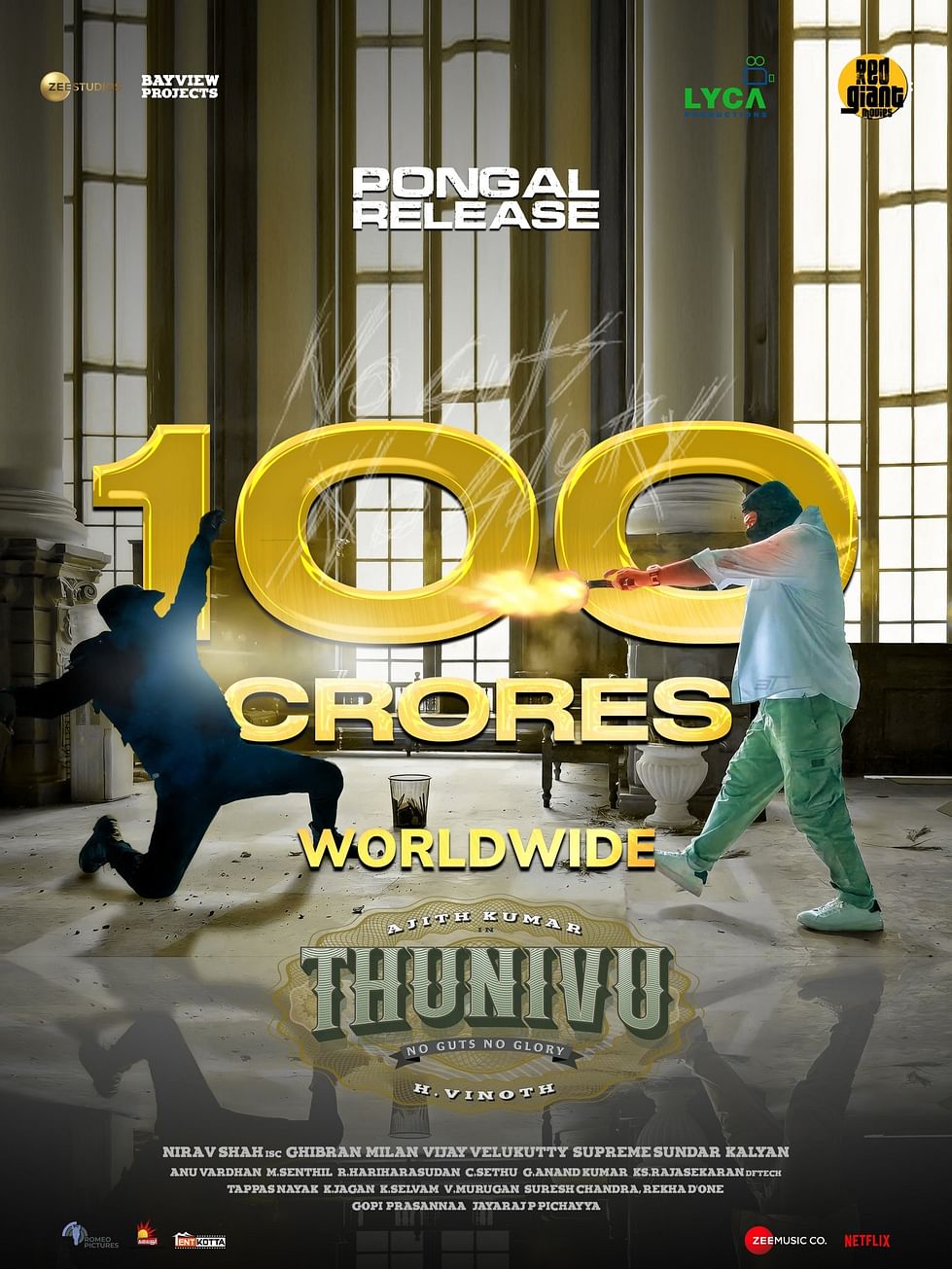 It has been officially announced that both ‘Thunivu’ and ‘Varisu’ have crossed the magical rupees hundred crores mark at the worldwide box office. The Ajith actioner on the fourth day has raked in around Rs. 110 Crores till date while the Vijay’s family entertainer reportedly collected around Rs. 130 Crores This is Vijay’s 11th film to achieve this landmark while it is the 6th for Ajith. However the real Pongal 2023 winner is actually Tamil cinema as the film industry has been given a huge boost by the blockbuster success of the two films. 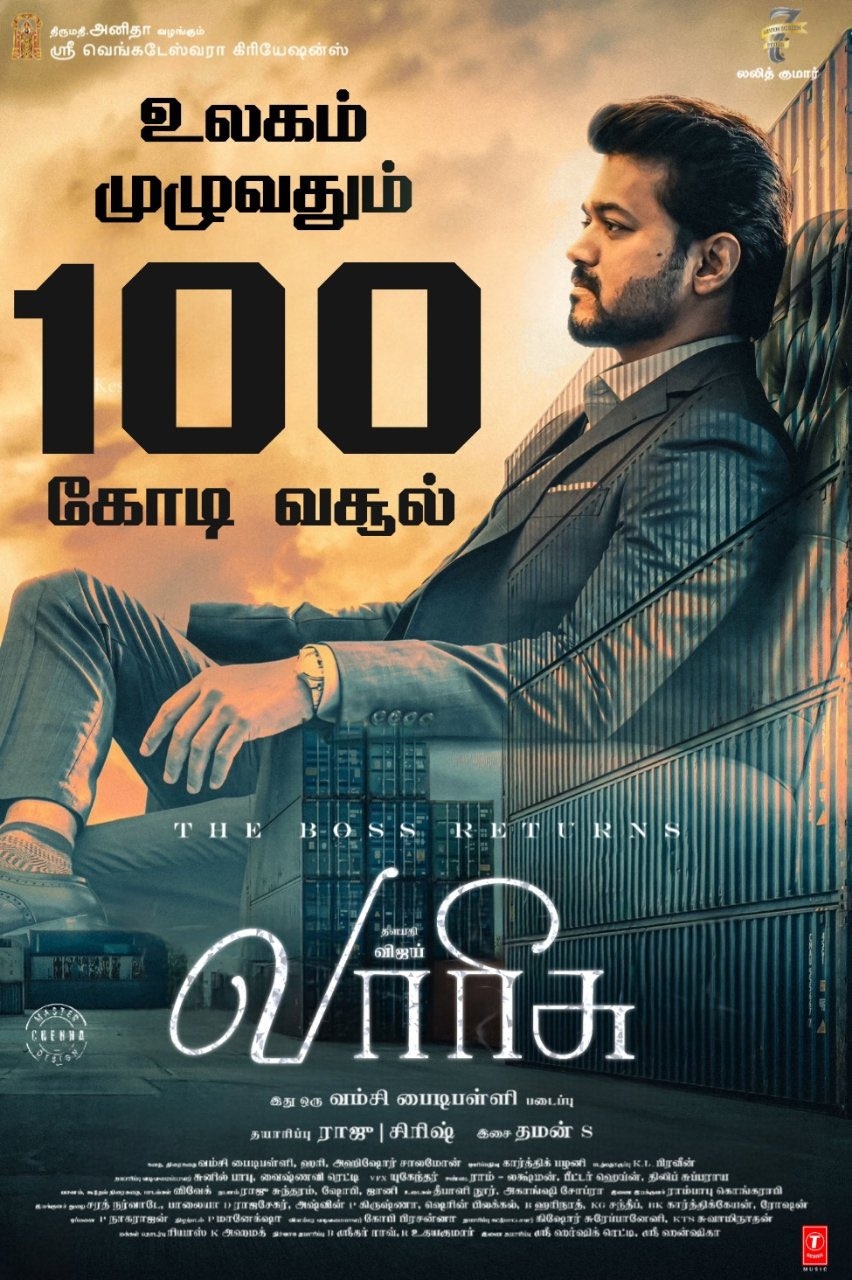 Vamshi Paidipally and Dil Raju are the director and producer of ‘Varisu’ which has Rashmika Mandanna as Vijay’s pair. ‘Thunivi’ directed by H. Vinoth is produced by Boney Kapoor with Manju Warrier teaming up with Ajith for the first time.